CRIS is a platform for research and didactic applications regarding swarm robotics.

The project consists of two parts:

2018: We are currently implementing the beta version of the robot. 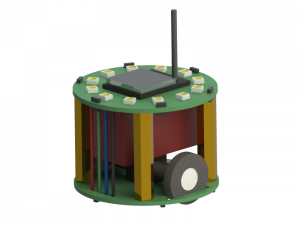 This project is being supported through the Complex Systems Laboratory. Find out how to contribute to funding this project further.